Built in 1957, St Cuthbert’s is one of the oldest Secondary Schools in St Helens, and was the first Catholic Secondary Modern to be built since the war. The distinctive main elevation of the school appears largely as it did nearly sixty years ago, but over-all the school’s buildings have increased over the last half century to accommodate increased pupil numbers and more facilities.

Last year, Twinfix were approached by BPL Construction to design, supply and install an enclosed free-standing mono-pitch canopy at the school, which would provide additional space for dining, a popular choice for schools looking for a cost-effective alternative to traditional extensions, allowing them to utilise their outdoor areas and provide additional covered space.

The canopy covering a total of 129 square metres, manufactured from rust-resistant aluminium and powder coated to RAL 9004 signal black comprises of our innovative Multi-Link-Panel NF roof-glazing system, glazed with 25mm opal polycarbonate. Coloured vinyls were attached to some of the side panels to brighten up the structure and tie in with school branding.

Mrs Twist, Head Teacher at the school commented: “We are extremely impressed with the quality and design of the canopy.  The onsite team have worked in close proximity to our students and have taken full account of their health and safety.”

The addition of the side glazing and doors add extra protection from the elements, making it a usable space throughout the year and a secure area for storage of equipment. 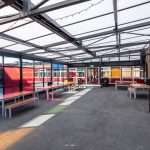 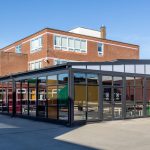 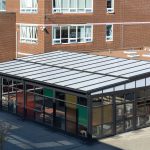 We are pleased to announce the launch of the Twinfix Brise Soleil.

This system optimises natural daylight within the building and limits solar heat gain and glare by using a series of angled horizontal or vertical blades to control the amount of light and solar waves entering a building.

Brise Soleil can be installed to the exterior of any building, enhancing the aesthetics while providing shade and comfort to the people inside. They are a practical, attractive and long-term solution to solar gain for schools, retail outlets and other commercial buildings.

The solar shading structure comprises of a light weight, rust resistant aluminium frame that can be powder coated to any standard RAL colour and aluminium ellipsoid blades (100mm to 300mm).

Get in touch with your requirements today, call 01925 811311 or drop us a message at enquiris@twinfix.co.uk 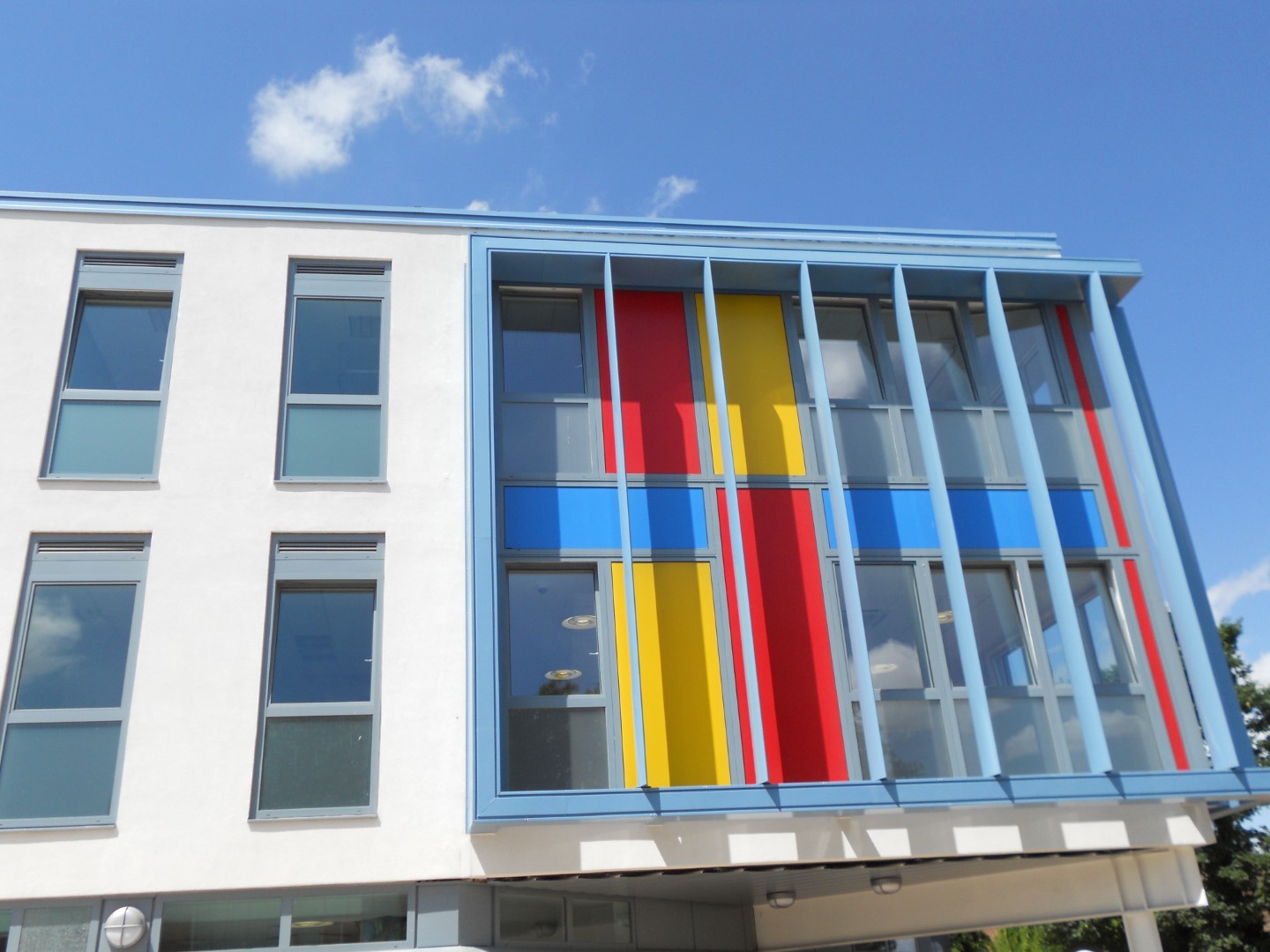 Manchester Central Mosque located in the Victoria Park district of Manchester has been known by several names over the years including ‘Victoria Park Mosque’ and ‘Jamia Mosque’.

The Mosque began as two adjacent houses, then in 1971, the two houses were demolished, and a “new look” Mosque took its current form. Several expansions and modifications have taken place over the years, including the recent addition of three new canopies.

Twinfix was approached by Create It Studios Architects to design, manufacture and install three canopies: one free-standing mono-pitch canopy and two curved lean-to canopies, all spanning a total of 43 square metres.

The stunning canopies comprise of aluminium frames powder coated to RAL 8012 Red Brown, which is in keeping with the aesthetics of the building. The roof-glazing system used is Twinfix’s innovative, non-fragile Multi-Link-Panel system glazed with clear 6mm solid polycarbonate.

Saghir Hussain, Director at Create It Studio Architects, commented: “We have had three canopies installed by Twinfix at Didsbury Mosque, Manchester. The client’s brief was to design and install three entrance canopies that reflected the design language of the Chapel building built in 1883, whilst being in keeping within the wider conservation area. Design cues were taken from the building arched openings and geometrical stone patterns found on the building elevation.

We have worked closely with the team at Twinfix to deliver this project. Twinfix managed to deliver the design intention as visualised by our architects and fulfilled the client’s vision.

It has been a pleasure working with Twinfix. The process from design to construction was easy, straightforward and very professional.

We look forward to working with Twinfix on future projects and would highly recommend them.”

Polycarbonate glazing is an incredible product that does not crack, craze, or break during general use, making it an excellent light-weight alternative to glass. Vinyl was applied to the polycarbonate in a stunning white geometric pattern, complementing the design of these structures and turning these functional canopies in to elegant, covered area. 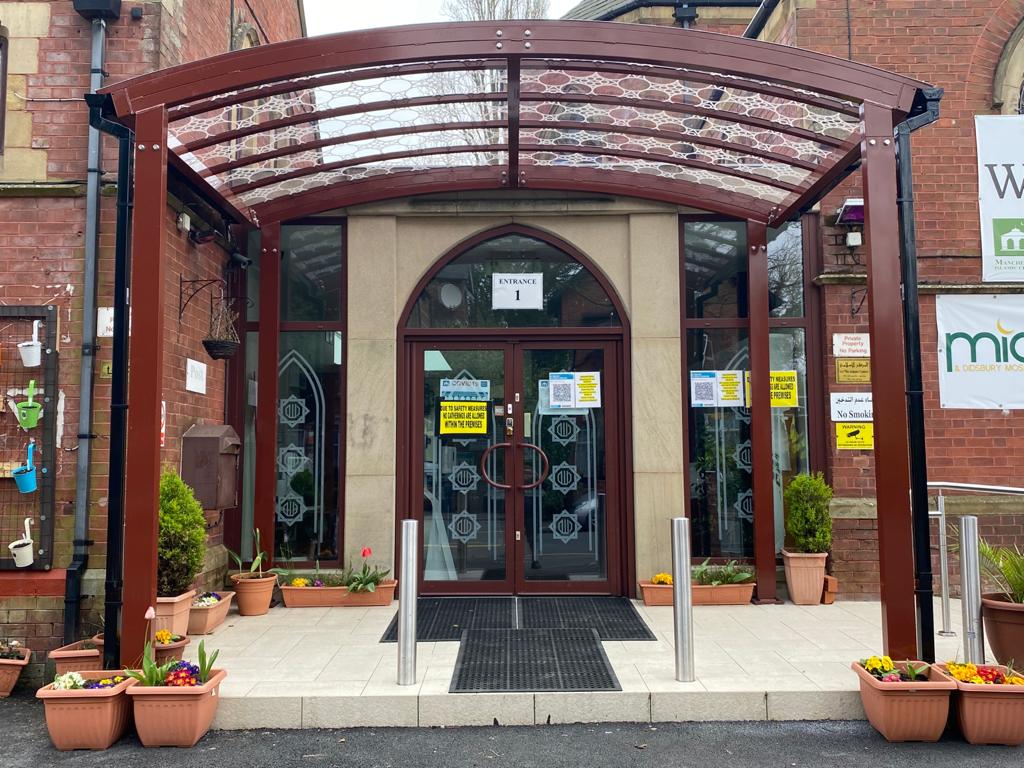 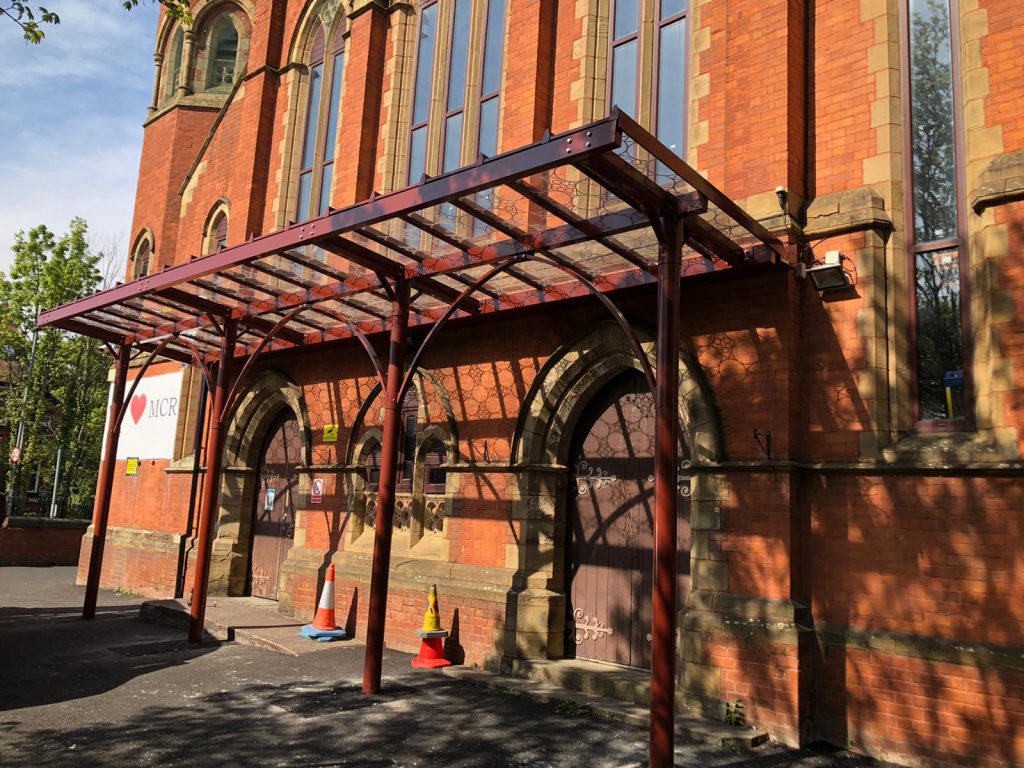 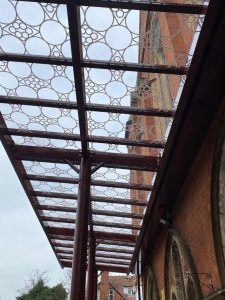